Welp, it seems a little silly to have a packing list put together already but we do! We’ve even weighed our bikes with fully loaded panniers. BTW props to our kids for the Ortlieb bags for Christmas.

We’ve learned a lot from skyping with the Lone Rider, aka Vic Andrade, who cycled across the country in 2016, and our running bud Damon Richards who got his kicks cycling Route 66 back in 2014. Our most asked questions? What did you bring that you didn’t use/need? What didn’t you bring that you wish you had?

Mostly all that’s left now is the training. Tom’s been spinning a couple times a week and commuting on his bike to work.  I’ve been on the indoor trainer a few times but not enough. #itsonlymarch

Both of us are running races in Carmel at the end of the month and The Pig in Cincinnati in May so we just keep running and riding. At some point there will be a tipping point when we run less and ride more. 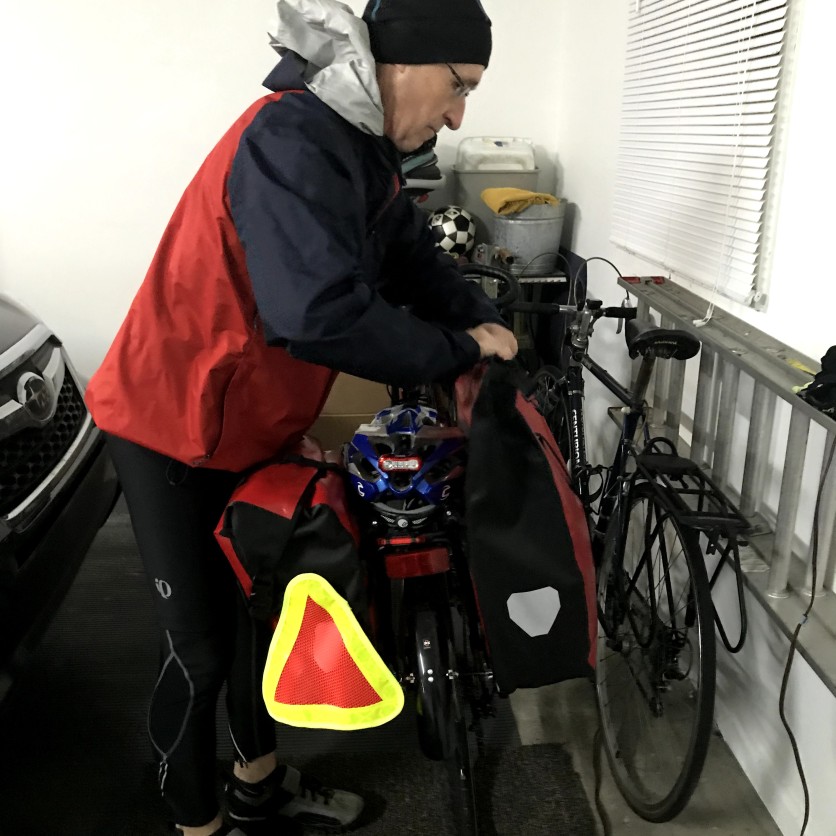 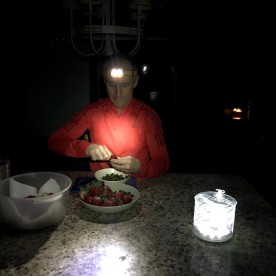 A couple weeks ago the power went out for several hours so we fished out our Whisperlight stove to brew some tea.  Yup, we’re planning on camping and cooking our own meals as much as possible. Welp, Vic and Damon can’t help us there. #onourown