This was our very first bike/camping tour we did on our own. We’d been on TRIRI tours before but the route was planned for us and our camping gear shuttled to the next stop. Now we were on our own to both plan the route and carry our own gear and provisions. Tom was riding his 1985 Centurion Accordo and I, my 1995 Cannondale. Neither of us wore bike shoes with clips. And we had back panniers only. We didn’t know what we didn’t know, but it didn’t matter. 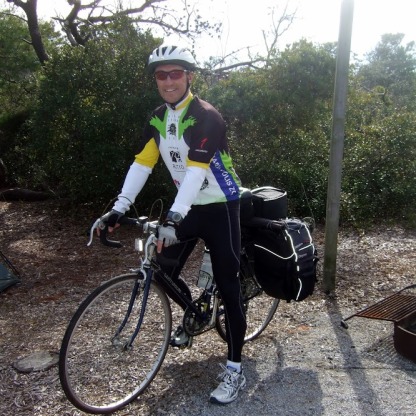 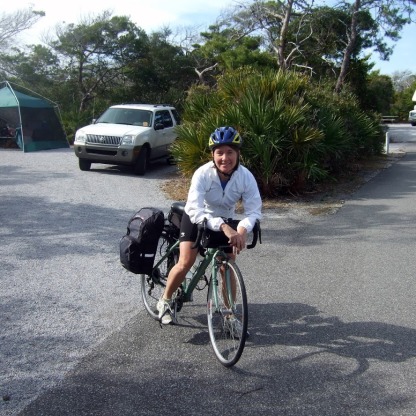 Destin was familiar to us since we’d vacationed there with our families and we knew the state parks in Florida are among the best. This seemed like an easy way to dive into bike touring.

After setting up a base camp at Henderson Beach State Park we settled in for some gin rummy and bevvies. 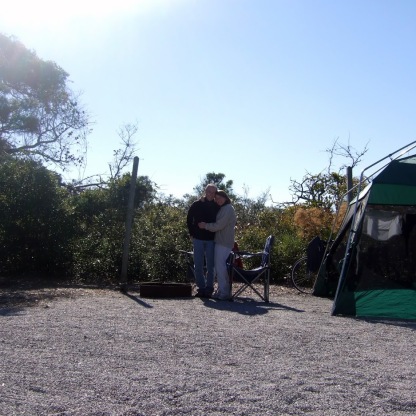 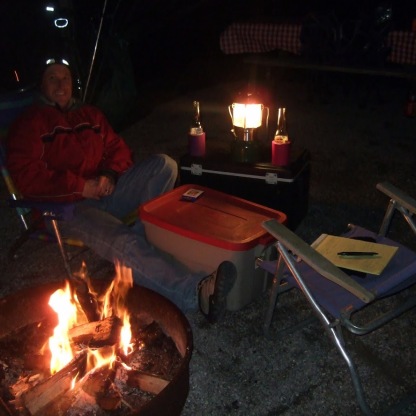 The first day we took a day ride along the Gulf Islands National Seashore toward Pensacola Beach which gave us about 50 miles of riding since we parked at Navarre Beach. 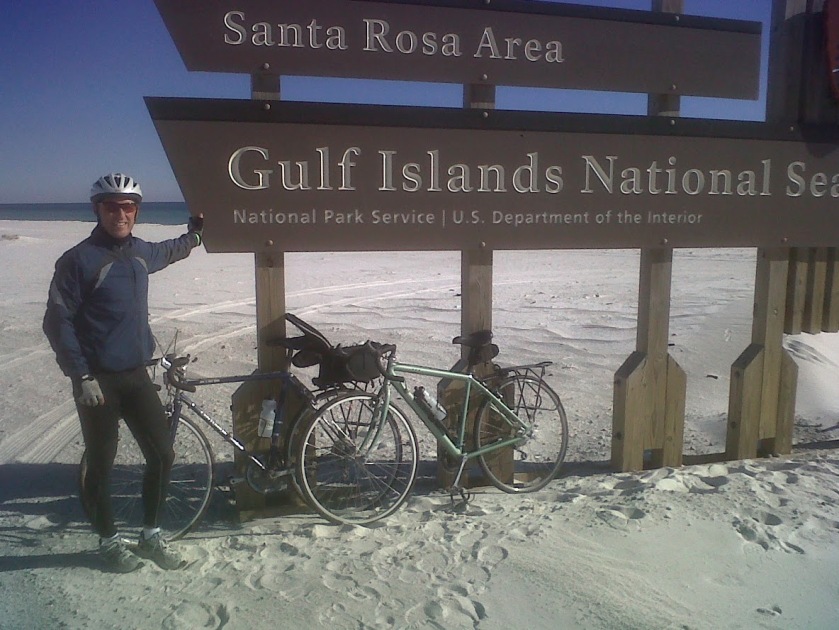 The next day we ventured out on our first tour. It was just a two night, three day out and back ride on Highway 30A.  Very little did we know that someday, eight years later, we’d take bike touring to the next level and go on a cross country self supported 4,000+ mile bike tour. 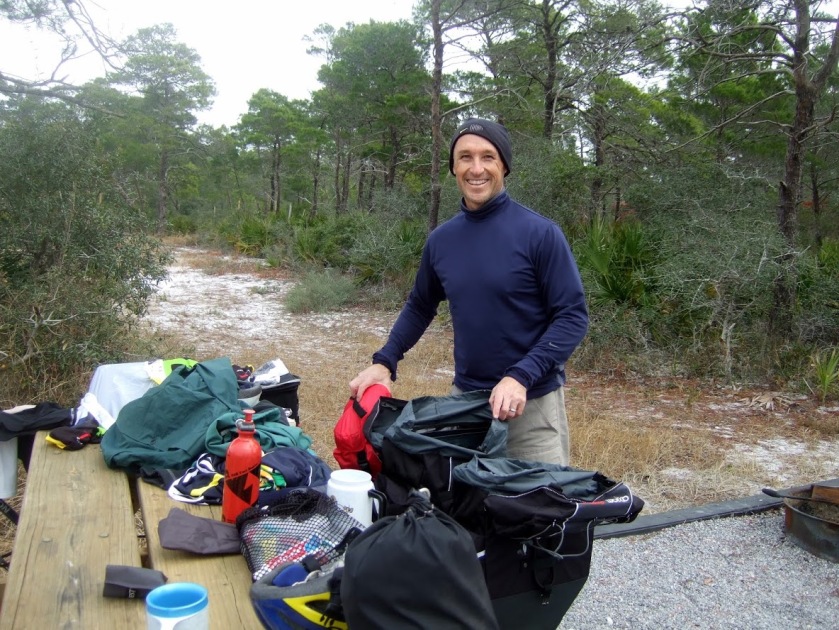 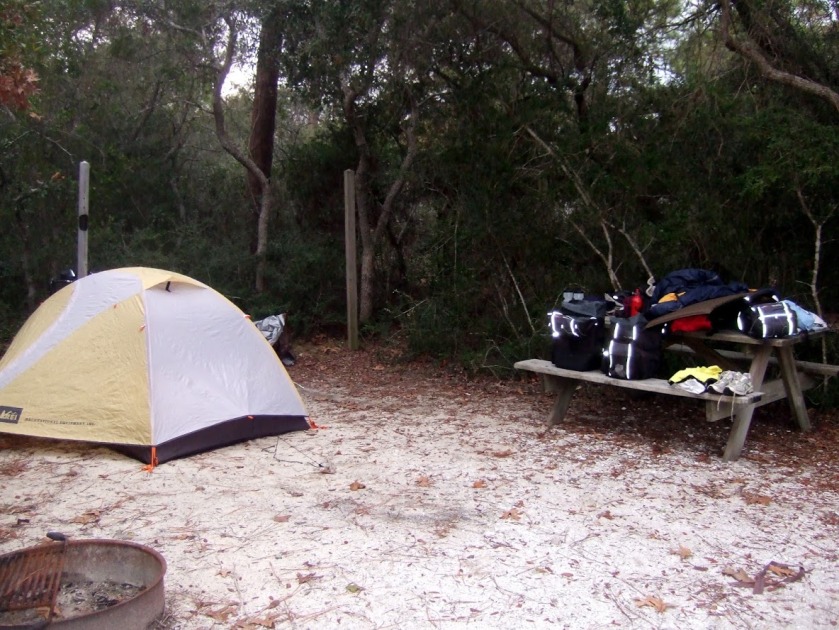 From our base camp at Henderson Beach State Park we stopped at Grayton and Santa Rosa Beaches for overnights. It was December so it wasn’t super warm but it was sunny and that kept us happy on our mini bike tour. We hit up Seaside on our way back to Destin. Although it was chilly for ice cream, we over indulged ourselves with double scoops of our fave flavor before making a bee line back to base camp.

I wonder how many times we’ve set up a tent and laid down sleeping pads and bags since that inaugural trip. 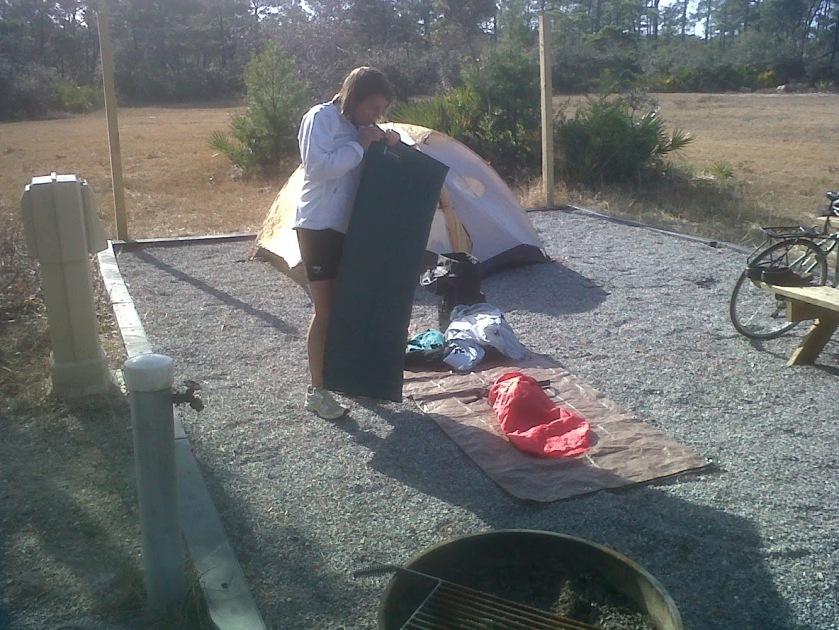 Sometimes ya just need to take that first step, or pedal stroke and see where it takes you. 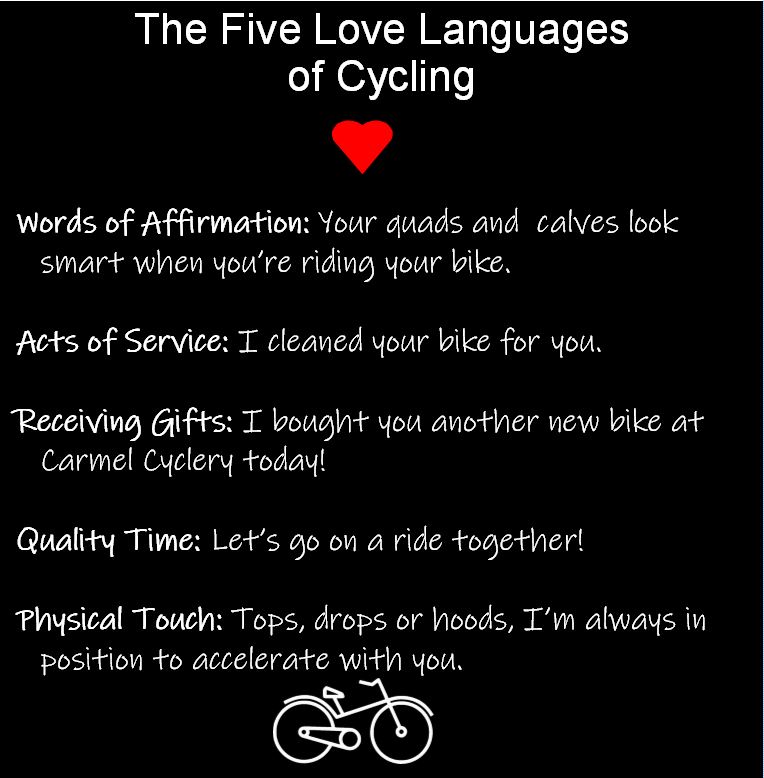 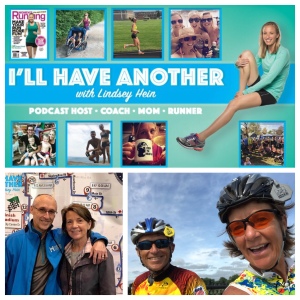